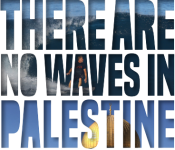 THERE ARE NO WAVES IN PALESTINE

This is a true story that follows the exploits of Greg Blaze working and living in Jerusalem, the holiest city on earth, and yet a city filled with conflict and contradiction. Blaze was seconded to the United Nations to provide engineering consulting assistance to the relief agency for Palestinian refugees, building schools and hospitals in the West Bank.

Working with the Arabs and living with the Jews, Blaze was able to develop a unique perspective of a variety of players in this decades long Arab-Israeli dispute. He presents his ‘warts and all’ observations of discord in the Holy Land, where the three main religions of Judaism, Islam and Christianity collide in a collective scramble for relevance and space in this wondrous historical land. His interviews with locals of all persuasions display the fractured nature of thinking from opposite groups, and the massive hurdles still to be overcome if there is ever to be peace in the Middle East.

Amid this backdrop of existential struggle, Blaze describes often humorous accounts of the odd contrast of orthodox lifestyles in the ancient city of Jerusalem, and the modern coastal city of Tel Aviv, known by many as the ‘Mediterranean capitol of cool’. His portrayal of his fearful encounter with would-be kidnappers in the lawless West Bank town of Shu’Fat complements the nervous tension he expresses in his forays into big wave surfing in the remote islands of Sumatra.

The UN needs an engineer, Blaze is one, and the combination of Israel and the West Bank provides the backdrop for an outsider’s glimpse inside the reality of life in this conflicted space. 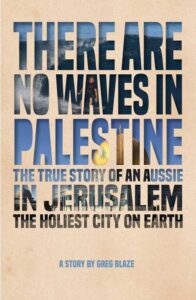 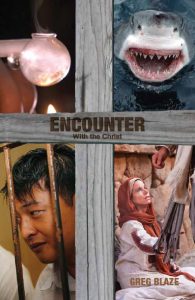 ENCOUNTER WITH THE CHRIST

Each story follows the life of a main character that has a genuine life-changing encounter with the Christ of the Bible. These stories will appeal to anyone who has faced issues in their life that they are unable to control ………… in short ………… everyone.

Story 1 – The Redemption of Andrew Chan

The story of Andrew Chan, drug smuggling leader of the Bali Nine. His capture, trials, redemption and eventual execution. Come for a wade through the glitter strip of the tropical holiday island, and experience the seedy background of Kerobokan Prison that exists for those who overstep the mark. This is a remarkable story of Emmaus-like redemption, selfishness transformed to selflessness and the reward of knowing Christ in the most difficult circumstances imaginable.

Story 2 – Life In A Parallel Universe

Lachlan left his small country town to make it big in the world of finance and fame in the city. The lure of fast cars, money and girls is addictive …………. as is the ice. Lamar is happy working for the Organisation, until there is a split in the leadership. He is forced to choose…….. He chooses wrong. This is a Peretti-like story of parallel worlds colliding on a hell-bent path to destruction. Who can save them? Will they survive?

Story 3 – The Land and the Sea

The story of teen surfer Shannon Ainslie and his dramatic attack by two massive great white sharks simultaneously at Nahoon Reef in South Africa. It is a story of God’s creation, beautiful and sometimes savage, and an answer to prayer in a time of dire need. The story is cleverly told from three angles, the young Christian surfer, a non-believing Canadian tourist who filmed the whole event, and from the shark herself. Terrifying …………. Titillating …………. True.

Story 4 – Rules of Law and Grace

From living a comfortable life in a conservative family to being thrust onto the street for something out of her control. Without support and seemingly without hope, the woman is desperate. There is talk in the town of a Prophet who is healing the sick and changing people’s lives. It seems impossible, but if she could only touch his robe …………

THERE ARE NO WAVES IN MOGADISHU

This is the true story that follows Greg Blaze’s exploits in providing infrastructure for the United Nations World Food Program in the Somali capital of Mogadishu, the most dangerous city on earth.

Blaze is an ordinary family man who is cast into a world of famine and grief, caused by decades of war and drought. His work requires him to venture into the black heart of a dark and lawless country, where his security is at the whim of the local warlords. He is confronted by the effects of jihadist militias, and is fortunate to escape the clutches of fanatical kidnappers and suicide bombers on a number of occasions.

Blaze’s writing style presents often humorous accounts of the extraordinarily amusing people that he has met and shared some bizarre experiences with. This story is one of uncommon exploits in a dangerous and demanding world, where many want to help, but few dare to venture.

This is a “good news” story of an average bloke overcoming adversity in a “bad news” world of war, greed and corruption. Amid a setting of death and destruction, readers will enjoy seeing the Aussie spirit finding a way to overcome the odds, to help out the underdog, and doing it with a smile. 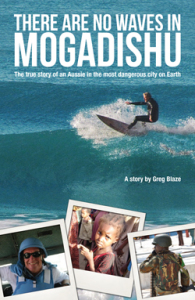